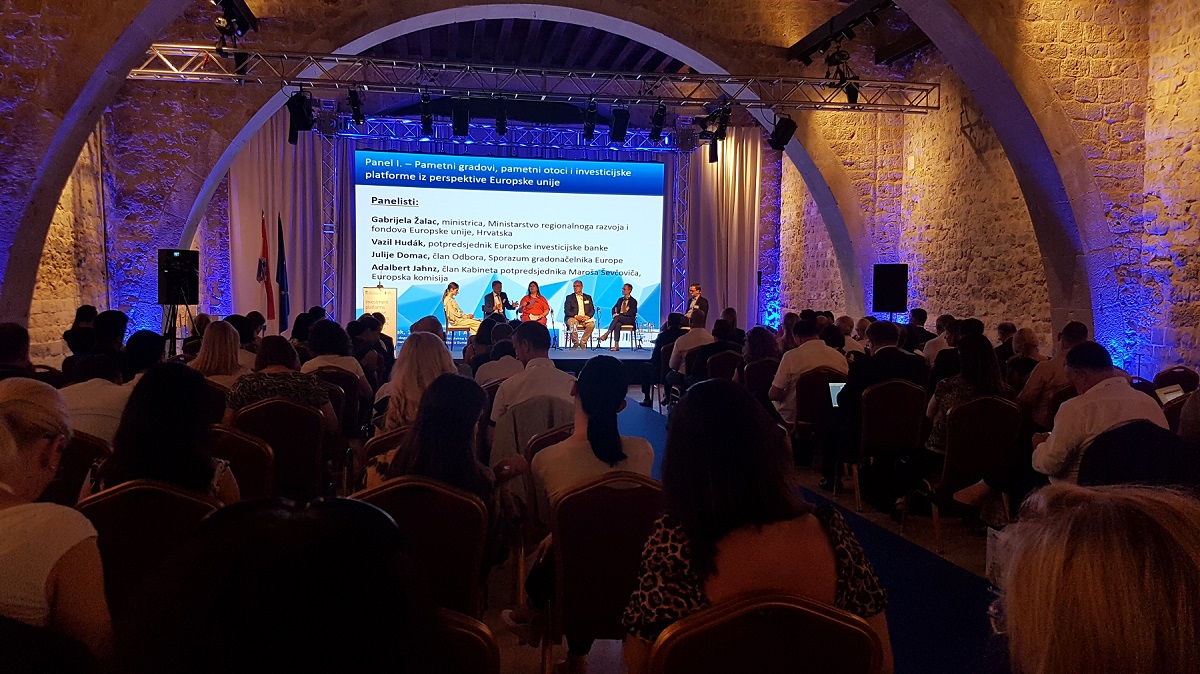 The European Investment Bank and the Ministry of Regional Development and Funds of the European Union of the Republic of Croatia organized a day-long conference on smart investments entitled "Investment Support for Smart Cities and Islands in Europe", held on June 17, 2019 in Arsenal, During the last decades, the number of European cities has increased, and their economy has progressed significantly more than the rest of Europe.

Cities have become centers of true market competition, trade and providing top-notch services. However, cities are also faced with difficult challenges, such as social exclusion, budget cuts, and environmental pollution. The foreseeable increase in urban population in the coming decades will further emphasize opportunities and challenges as a model of successful urban regeneration.

The conference is an incentive for the development of smart cities and smart islands through discussions involving prominent experts, detailing how smart investments can respond to existing infrastructure shortages and enable innovative project solutions.

A new investment platform for smart cities and smart islands in the Republic of Croatia was presented at the conference. Discussions will also cover the topics of smart city initiatives, investment platforms, financial instruments, including the possibility of combining them with grants, project preparation, advisory services, technical assistance and new sources of funding.

Representatives of ESCO group ltd. it was an honor and pleasure to attend such an important event, where the clear EU interest is shown that Croatia and Hvar are examples of the development of Smart Island models and Blockchain technology.

ESCO GROUP is company that provides IT, consulting and engineering services. Main goal of company is implementing own projects in the field of IT, IoT technology and at the field of smart city.

ESCO GROUP is company that provides IT, consulting and engineering services. Main goal of company is implementing own projects in the field of IT, IoT technology and at the field of smart city.